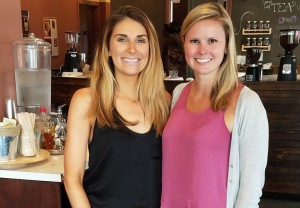 Tell us about your position as digital editor at QC Exclusive and how it is different from being a writer. What is your day to day like?

I do a little bit of everything now! QC Exclusive is really small. There are seven of us who are full-time and only part of that is editorial. The rest is sales. Magazines are a little different than any other media form because they take longer to come out. We curate articles for the magazine

As an editor, even though the official title is digital editor, I do a lot of the print stuff too: writing, editing, curating, helping with scheduling and then also assisting on photo shoots, as well as the website and all of the social media. I mean we all kind of have our hands in everything to a certain extent. When I was writing I was just writing and now it is a little bit of everything. And I still do the writing process too: setting up interviews, doing the interviews, transcribing the interviews, writing the piece — which is awesome, it’s all really fun. Our owner and editor is like an artist and is very passionate about the magazine. He does the layout. I think you can tell when you look at the magazine that the form and pictures matter to him a lot.

How does QC Exclusive balance what goes in print and what goes online?

Magazines are a little different than any other media form because they take longer to come out. We curate articles for the magazine that we know will look really good in print visually and that are a good story. But then it also must be something that isn’t super timely, because if it is and we miss it, then it doesn’t make sense to put it in the magazine. So, something that’s very timely we will put online.

Sometimes there is a really cool story or something super popular in Charlotte, but there just isn’t a good way to photograph it. So many times, those work better for the website as well. And then everything that is in print, we stagger on the website about a week after the magazine comes out.

Looking at what goes in the magazine and online, what does the split look like between earned and paid opportunities?

And that’s one of the challenges with print right now; a lot of people don’t want just an ad anymore, understandably. I always tell people, ads are great for your brand but that’s not what is interesting about your business. We do stories on clients, but we don’t sell those (except for an advertorial section, which we just started doing again in the last couple months). The end of the magazine is a sponsored content section. But other that, story-wise, it is pretty much true editorial.

As for you, what do you look for in your stories? What attracts you personally?

I really like people stories. A lot of times, even if that’s not the focus of the piece, say it is a restaurant opening and the focus may be more the actual restaurant itself, I enjoy getting to hear about the person who opened it. I really like that side of it. Sometimes it’s the main angle in an article and sometimes it isn’t, but I like digging that out either way. I’ve been in Charlotte for under 2 ½ years so pretty much everything going on in this city is still interesting to me. A lot of it is stuff I wouldn’t have otherwise heard of or done, which makes it fun for me personally.

I also love writing for a magazine and have always been more drawn to that than newspaper-style journalism. The form is a little more restrictive in terms of the type of writing you can do and more creative at the same time.

What is your advice for those reaching out to you for a story?
I think if someone addresses you personally where you can tell that it’s not spam, that’s awesome. We just get so many emails; sometimes when it’s a mass one, it’s not that I won’t read it, I just won’t read it first. And then I would say anybody who clearly understands the brand. For example, you were pitching a person and their story and that made sense for what we do. When you get e-mails where the person either doesn’t understand or didn’t take the time to figure out what we would put in the magazine or online, then the only real answer is “we don’t do that.”

However, Charlotte is a small enough city that when you can work with a circle of people, it’s very useful. You all might know something that we just don’t know about yet and that’s awesome for us!